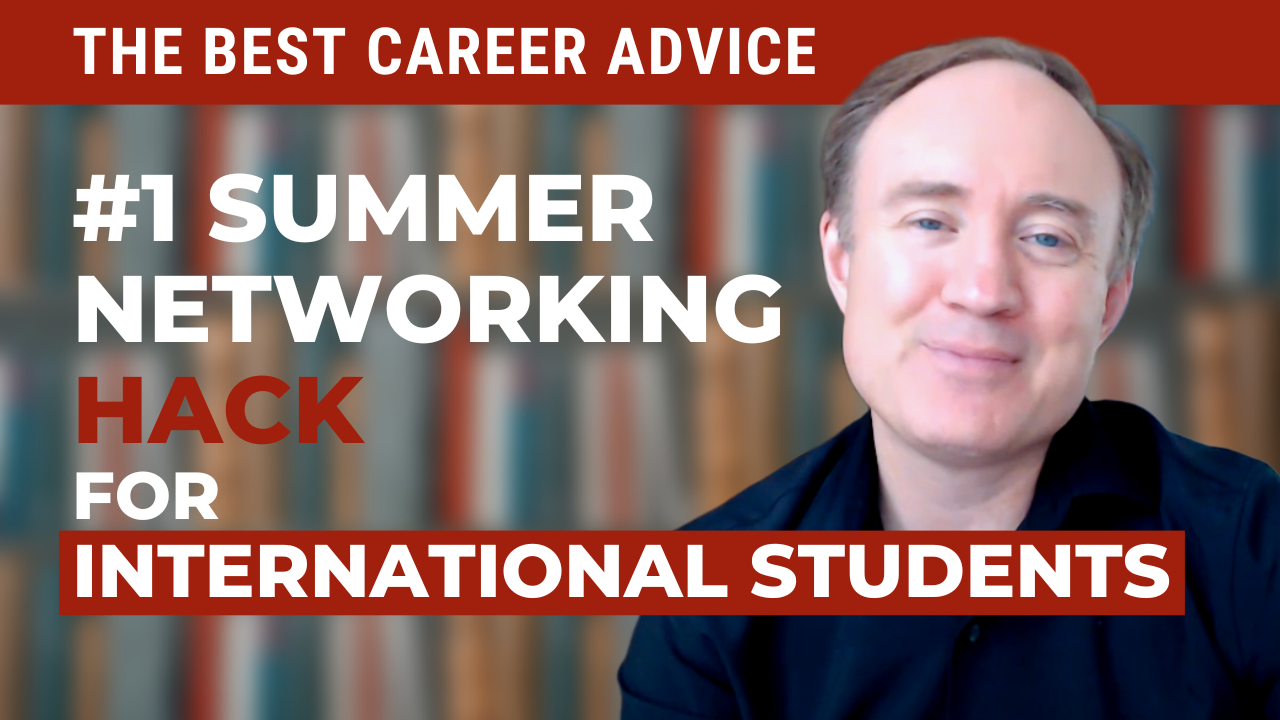 Fall recruiting really starts right now - and it’s nearly ending for others, such as for the MBB whose application deadlines are moving up to July.

I know it feels so far in advance of fall recruiting - you probably just started an internship - that few would imagine that the next few weeks of summer will decide what happens over the next six months and into 2023, but that’s the case.

Here we are in the middle of the summer and what's gonna happen very soon is that the interviewers and the HR teams are gonna start closing the application periods for industries such as consulting and banking - or putting together their short lists of people that they will already plan to interview in the fall.

Short lists are informal lists of people who will receive interviews. And the only way to get on a short list is to be using this time now in the summer to reach out to your firms of interest.

Internship or not, summer is the time to be doing your networking because few people think to do it or know to do it.

In other words, let’s take a look at your job status now.

If I look at your job situation now, that will tell me all I need to know about the quality of networking you were doing 3 to 6 months ago.

Unfortunately, most of international students are going to just wait and do nothing, and they're never going to be seen in the fall when they start making their applications, when they start hoping to get interviews.

How do I know this? Because as a domestic student, I was in the same situation.

What will typically happen is that people will come back to campus excited to attend events and apply online. They'll have the stamina to do that for about a month and then, almost as a group, the vibe will start to circulate that it is just too hard to get interviews.

People will have all of these, thought such as, “Who was I to think I could do this? What was I thinking, trying to have these dreams of getting an amazing job in the United States?”

Finding that the job hunt is hard is not the issue, nor is having ambitious goal a problem.

This is a worthy dream it's worth pursuing because typically entry level jobs in the USA pay 50 to $60,000 per year more on average versus other countries. So it's worth pursuing. And so it's worth having that goal, but people give up way too quickly or don’t get into contact with effective job hunting principles of the sort we teach in the career accelerator program.

Let me see if I can demonstrate what I mean. If I, if I grab, I don't know, have you guys ever seen geodes before? Geos are kind of cool. There are these rocks that, on the surface look pretty boring, or look like they are from our space.

You can find them in rivers here in the Midwest and on the inside, they're beautiful, right? So they've got these beautiful crystals on the inside. This is what I want you to be able to show to employers, those beautiful aspects of you, the “you” that can show up and they can get to know.

But most people will just send their resumes this fall. And when it comes to HR and recruiting in the fall, I want you to realize that HR professionals are human as well.

Well, they know they're gonna be getting thousands of requests to connect on LinkedIn, thousands of resumes for their roles that they're posting for. And unlike a university, they are not compensated to review the application in the form of an application fee.

So what should you do if you were in HR’s shoes? What would you do to make the work efficient and effective, all the while keeping your bosses happy? You are going to look at everyone that has come to the organization through a referral and specifically through the referral of a boss, a senior person. And you are gonna say, “these are the people to whom I am going to grant interviews.” So for those roles posted, the people with referrals are going to get your invitation to interview first. They are going to go on the short list.

And anyone else who's not in this pile? Well, their resume may have passed the computer screen but they may just not get a chance at all.

Now that you’ve had a taste of what it’s like to fill the shoes of HR. You know HR isn't gonna wait until late into the application season to start collecting these referrals.

They're gonna start collecting them now.

So what could you do in anticipating that the recruiters are human just like everyone else who want be efficient in what they do. What can you do to leverage that or take advantage of that insight? Well, it's simply to start building relationships now this summer.

And why have you not been doing this yet? Maybe you’re just totally normal and you didn't have the confidence or you didn't meet the right mentor, or you didn’t know to prioritize this thing.

For whatever reason, maybe you didn't get that internship that you wanted - or maybe you did - and now you're looking for the full-time role. What could you be doing now?

Now is the time to go out to meet people. Let them know that you exist, since a resume won’t be able to accomplish that for you. The way people are gonna se the beauty of what you have to offer is by your act to reach out and create those relationships.

Right now, I'm helping people fill up their calendars this month, this week - today - with interviews, with meetings, with people in the companies that they want to join so that they get strong referrals. And so that they're able to get these offers from amazing firms, even from firms that wouldn't normally sponsor.

The reason why what I’m doing is possible is because companies want to save time and effort. They want to meet the right people, and if they can and do that sooner than later, they’ll be glad.

And if you are a good fit for the firm, even though you might be an international student, you're still in the game as far as getting the offer and getting sponsored. But the key is to conduct outreach sooner than later. 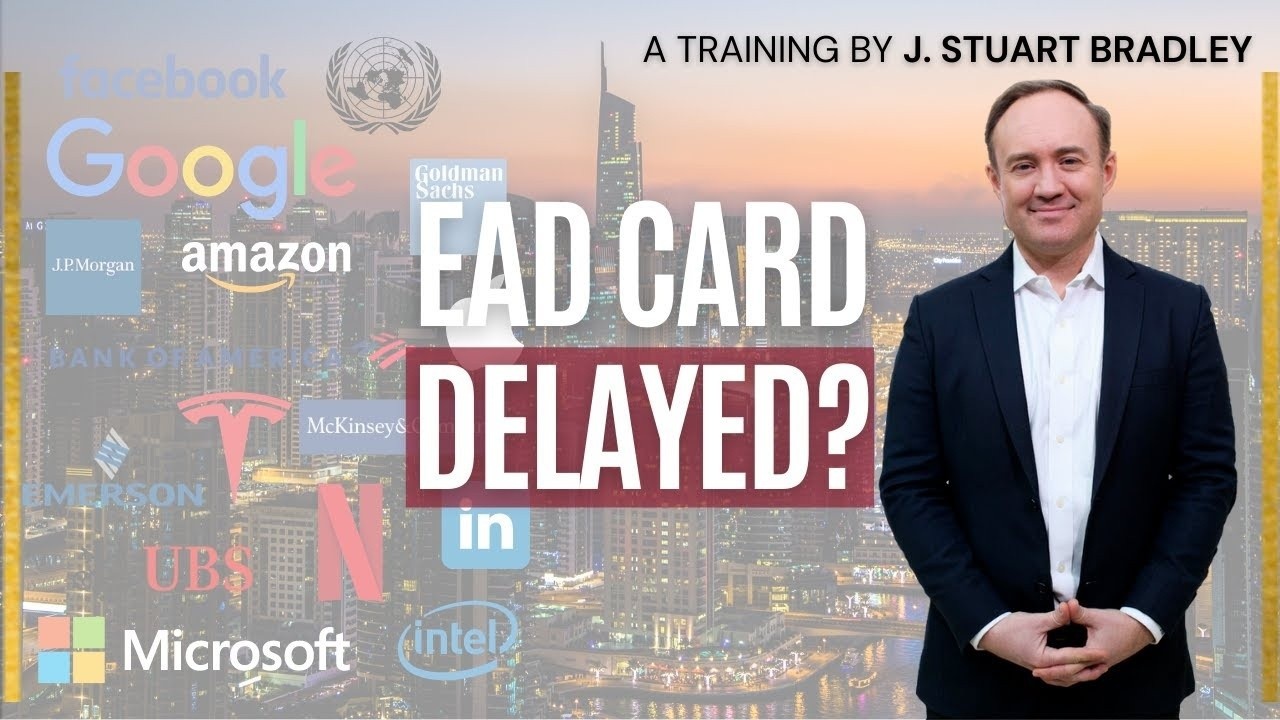 Get Tips Delivered to Your Inbox

All the data needed for job offers

FREE 20-minute training to transform how you think about your job hunt.